Topaz, the birthstone for November

Thanksgiving and Topaz go hand-in-hand in November. The topaz, the birthstone for November, takes its name from the Sanskrit word tapas – meaning fire. Topaz generally comes in a yellow to orange color, but can also be blue, pink, red, brown, green, and even black.

Thanks to its numerous other colors, this gem is easily mistaken for other precious gemstone.

For instance, The Imperial topaz, with a reddish-orange color, looks strikingly similar to the Padparadscha sapphire. Pure topaz may be colorless and when brilliant-cut, has been mistaken for diamond.

Topaz is rare and, therefore, an expensive stone. In some instances, a carat can be priced at more than a diamond.

Where is Topaz found?

The Golden Topaz most likely comes from Siberia where the “brown” topazes are particularly liable to be bleached by sunlight. In any case, the color is unstable.
Orange topaz is the state gemstone of Utah, while blue topaz has the same standing in Texas. Much of the world’s topaz comes from the Ural Mountains in Russia but is also found in Afghanistan, Sri Lanka, Czech Republic, Germany, Norway, Pakistan, Italy, Sweden, Japan, Brazil, Mexico, Australia, and Nigeria.
Some clear topaz from Brazil has reached the size of small boulders weighing several hundred pounds. The largest of these weighs six hundred pounds and is on display in the American Museum of Natural History in New York.

One of the 20th century’s important discoveries was the blue topaz, which is not found in nature. Instead, the technology made it possible to irradiate a transparent topaz in such a way that it’ll turn to blue.

There is a famous topaz set in the Crown Jewels of Portugal which is yellow in color and weighs in at no less than 12 oz – one of the largest cut stones of its type ever.

How do you care for Topaz?

The November birthstone is pretty delicate, so it needs special care. When purchasing, make sure there are mounting that protect the stone in case it is dropped. To clean it, it’s sufficient to use cold water and soap.

Topaz is reputed to be an aid in curing several health problems including:

For poor eyesight, take a topaz and immerse it in wine for three days, then rub the liquid on to the eyes.

In the Middle Ages, it was thought that a topaz engraved with a falcon would aid the wearer in gaining the goodwill of kings and princes. It was thought that Topaz could enhance one’s strength, cool down water, or cure fevers. At this time topaz was worn mostly by royalty and the clergy.

It was believed that topaz would bring wisdom to its bearer, which explains why it was so common to give topaz jewels to heads of state, ambassadors, and other officials.
The ring in Hans Holbein’s portrait of Henry VIII is definitely a topaz because no other stone with these colors was worthy enough for a king at that time. 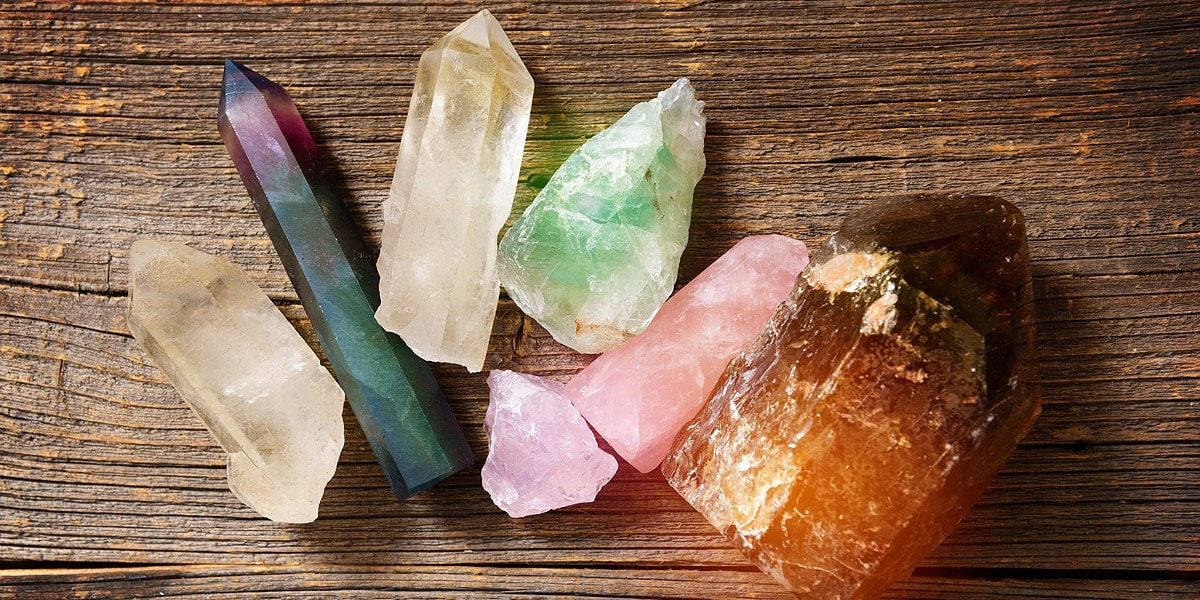 The November birthstone has an impressive list of magical properties attributed to it.

It was thought to

Topaz is believed to increase loyalty, faithfulness, friendship, and love

All of these properties increased and decreased with the phases of the moon and were even more powerful when used in the moonlight. The birthstone for November is sacred to some African bushmen.

As with some other gemstones it was also said to produce its own light from within. St. Hildegarde once claimed that she read her prayers in a dark chapel lit by the light from a topaz. Mariners also used it when they had no daylight or moon to chart their course.

The birthstone for November is suitable for use in clips, necklaces, brooches, bracelets, earrings, and rings. It is a hard stone measuring 8 on the Mohs scale of hardness.

The birthstone attributed to November is Citrine, which is said to amplify creativity and feelings of joy. The name comes from a French word for lemon, “citrin”, and comes in an array of quartz.

Where is Citrine found in the world?

Citrine has mined abundantly in Brazil but has been found in areas of Bolivia. The colors extend from a vivid yellow to deep oranges as well as a desired “Madeira red”. You can mine natural citrine in the Ural Mountains of Russia, France, Madagascar, and Dauphine.

Citrine has been used for improving the function of the body’s organs such as the liver, heart, kidneys, and digestive system. Many medicinal practitioners all over the world use Citrine to remove damaging toxins from the body and treat muscular disorders.

Mental health citrine has been known as being extremely powerful for simulating someone’s mental capacities and enhancing creativity. Some judge that wearing citrine will improve your memory, give you more energy, and make you feel more optimistic. The magnetic powers of citrine are said to relieve depression and fear.

Like all other forms of quartz, citrine has been assumed to have magical powers. For centuries people have carried citrine with them as protection against the plague, and evil people. It has also been used as a form of charm that protects against snake and spider bites.

Giving citrine as a gift to somebody special symbolizes your wishes for hope and strength. Citrine is glowing with sunshine yellow brightness which makes it ideal to enhance someone’s life.
There is a large quantity of citrine that is offered in the huge market today, and most of it is heat-treated amethyst. In fact, real citrine is lighter than the heat-treated gems which tend to be a darker orange-brown or a reddish-brown color.

Due to the durability and availability of Citrine, it is one of the most affordable gemstones, which makes it quite suitable as a substitute for Golden Topaz. The ancients thought that Citrine had the ability to protect its wearer from evil thoughts and travelers would carry Citrine to help protect them from venomous snakes.

Most Citrine is mined in Brazil and is sometimes referred to as topaz quartz, which is a false assumption. Citrine starts out as Amethyst and is then heated to 880 degrees Fahrenheit to create the golden yellow color; the lighter the shade of Amethyst the more golden color the Citrine. Due to this heat treatment it is recommended that Citrine be kept away from extreme or prolonged exposure to heat or strong light.